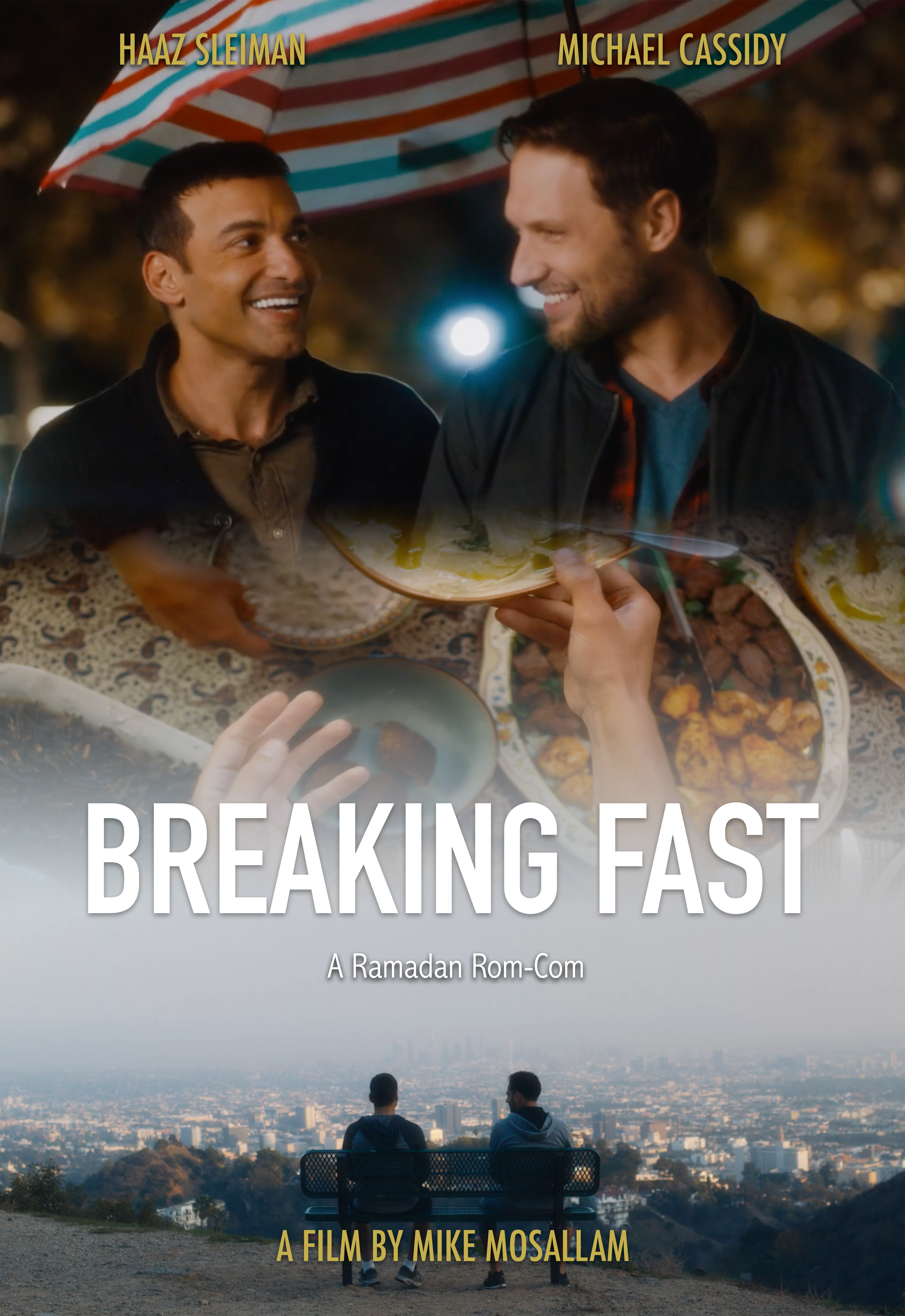 Synopsis:
Set against the twinkling lights of West Hollywood, Breaking Fast is a romantic comedy that follows Mo, a practicing Muslim still reeling from heartbreak. When an All-­American guy named Kal offers to join him in his nightly Iftars­­ --the traditional meal eaten by Muslims during Ramadan­­-- meal after meal, the two start to discover they have more in common than meets the eye.