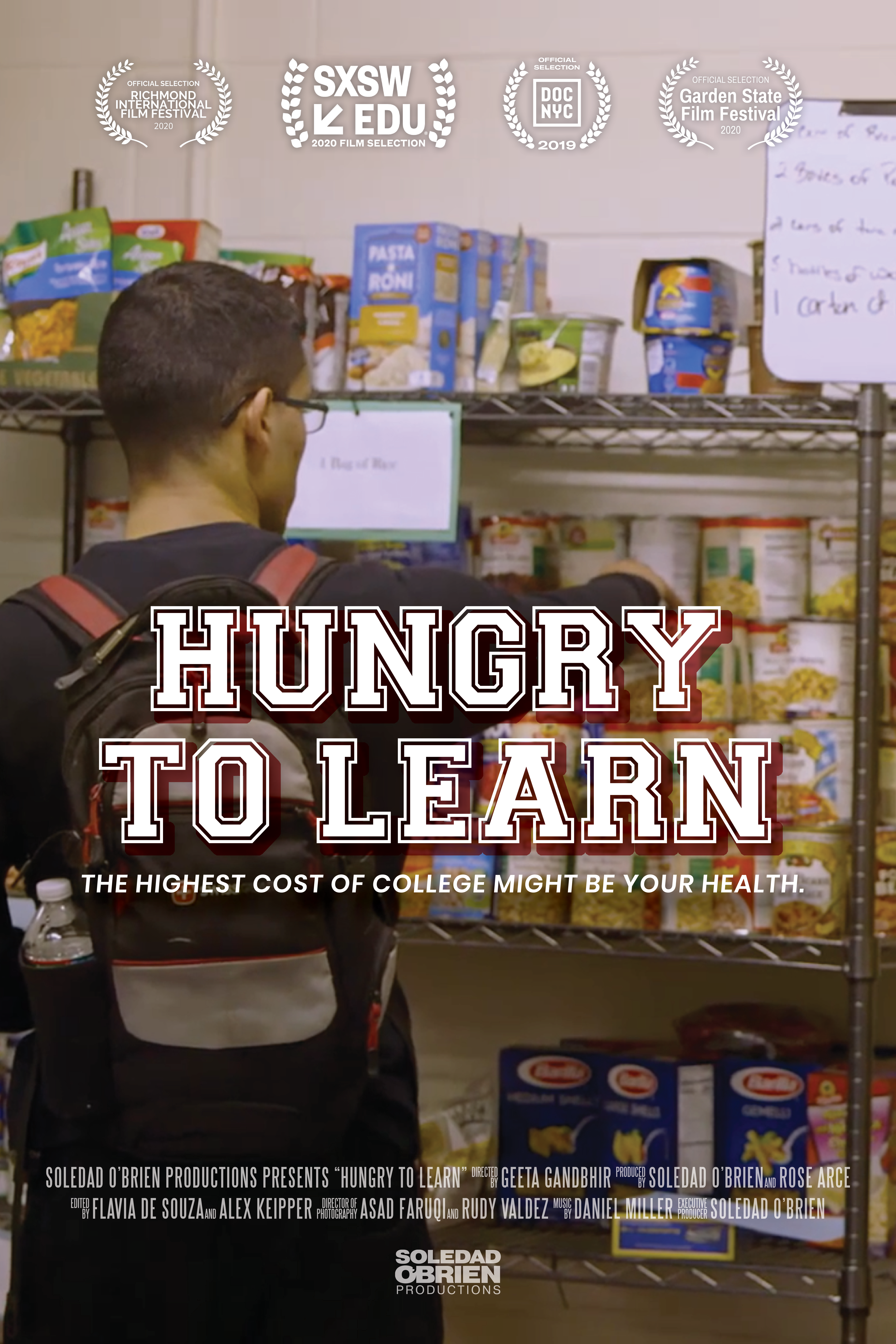 Synopsis:
This documentary film by Soledad O’Brien and Geeta Gandbhir, introduces the faces behind an American crisis -- college students so strapped to pay tuition that they don’t have enough money to eat or a place to live.

It is not a life of Ramen Noodles and care packages from home; it is a life of suffering from having no food at all, eating at food pantries, or feeding off the trays of fellow students. It is the humiliation of students telling teachers and school officials that they are in need help, of applying for food stamps only to discover how hard it is for students to qualify, of going to class each day distracted by hunger and rumbling stomachs, and of a situation so dire that they sometimes face homelessness.

This verite film, shot by award-winning cinematographers Rudy Valdez and Asad Faruqi, tells the story of four college students facing the heartbreaking choice between an education or a meal. Shaquara Peters is determined to get a degree, despite struggling with homelessness. Aspiring Airforce Pilot Joey Galan skips meals and goes to food pantries because even his middle-class, two-parent family does not have enough money to help pay rising tuition costs. Eve Brescia gets so frustrated she declares: “I’m going to be paying back loans for the rest of my life. You gotta spend this much money to eat?”. And, activist Professor Sara Goldrick Rab nails down a startling statistic about a problem affecting every campus in the country: forty-five percent of college students regularly go hungry -- yes, 45%.

A lack of food is just a symptom of a bigger problem, the American Dream of a college education slipping out of reach. It is the story of how colleges, once places for children of privilege, opened their doors to students of limited means but failed to provide enough financial aid to allow these new students to graduate without making painful choices. This documentary is not just about the devastating hunger crisis unfolding on American campuses, it is about what can -- and should -- be done about it.