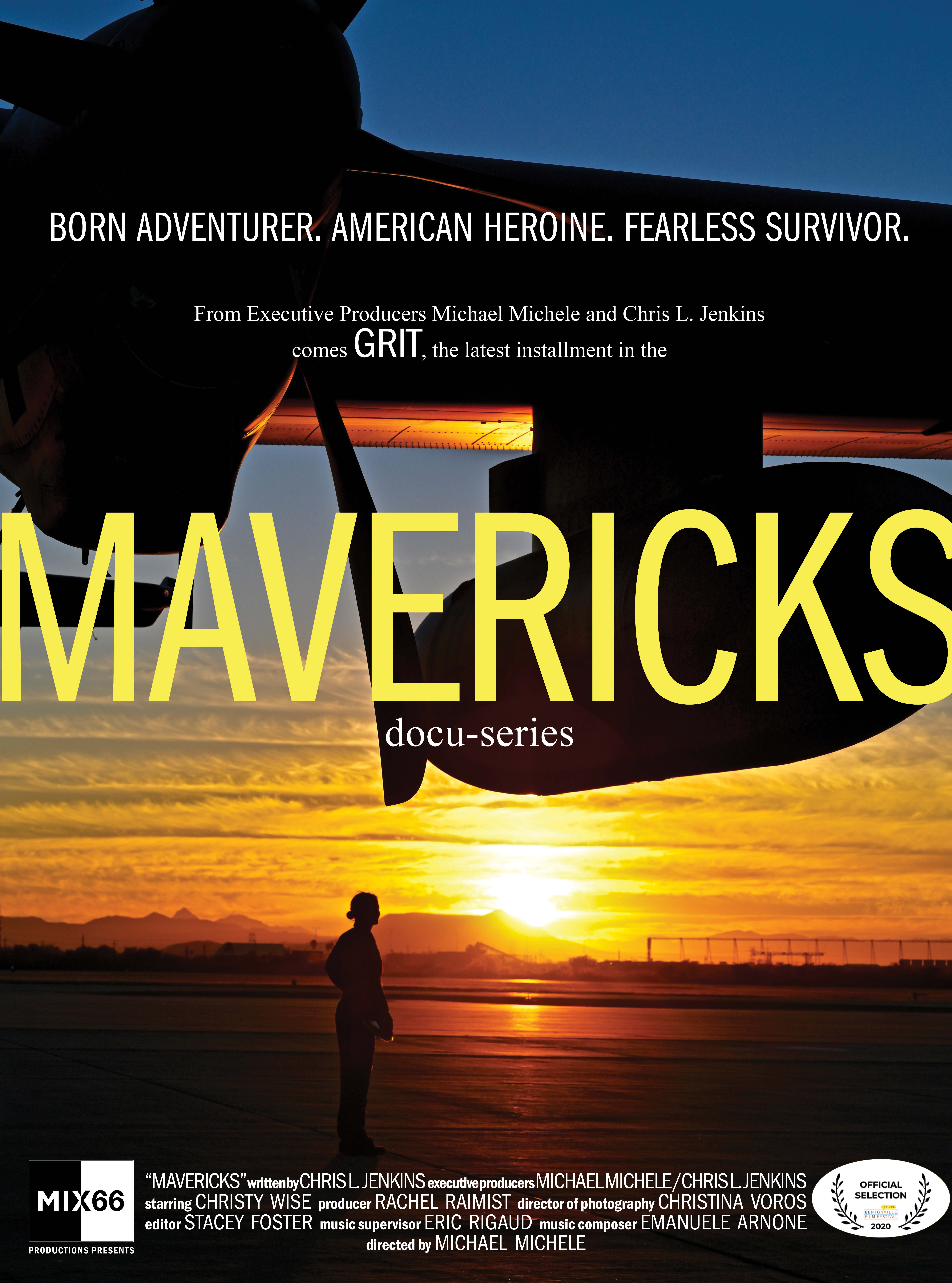 Synopsis:
MAVERICKS is a six-part docu-series that tells the stories of iconoclastic, modern women, whose surprising lives and unexpected choices break the obvious conventions of how women are supposed to live in our modern world. The series explores a multi-racial cast of independent minded (and real life) women who have broken through expectations and live their lives with bravery as they overcome hurdles thrown in their path.

The series' first episode is called, "Grit" and explores the life of a U.S. Air Force rescue pilot, who has been deployed in some of the globe’s most fractured war zones and participated in multiple highly dangerous missions, saving servicemen and allies who had come into harm’s way. At barely 32 years old, Christy Wise is already a Major as she leads an all-male crew flying one of the most decorated planes in the Air Force. But that just scratches the surface of this true American patriot who grew up a state champion skier and has the swagger of Tom Cruise in "Top Gun" but the athletic prowess of a world champion athlete. But what happens when a life-altering event befalls her, endangering her life as a pilot, officer and rescuer? Her life takes a tragic turn and this episode tells the riveting story of her comeback. The episode marks the directorial debut of producer/actress Michael Michele, and was produced and lensed by an all-woman crew.