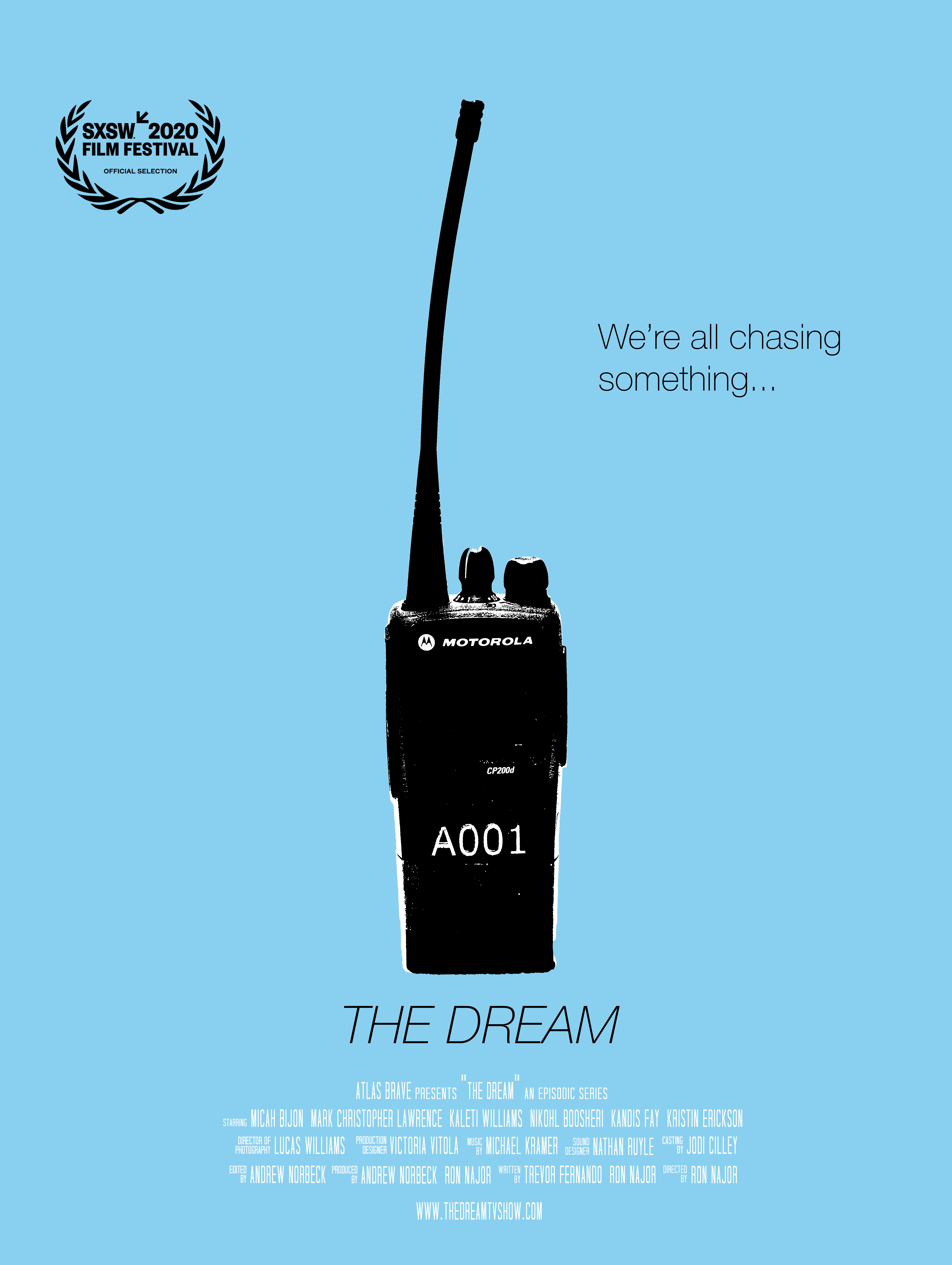 Synopsis:
THE DREAM follows Daryl, a broke aspiring film director who’s just moved to Los Angeles, taking his first job as a Production Assistant, and the ragtag gang of PAs that school him on how to survive.