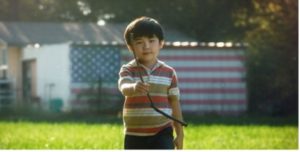 Following the Arkansas Drive-In Premiere, join us for this Special Virtual Screening Room Release of Minari!

In conjunction with their theater partners, A24 has launched a virtual cinema platform to supplement Minari’s limited theatrical release on February 12. The A24 Screening Room will host two weeks of Minari virtual screenings as we work together to bring Lee Isaac Chung’s beloved film to the audiences who want to see it most.

Lee Isaac Chung’s award-winning drama (including the Grand Jury Prize at the 2020 Sundance Film Fesival) Minari follows a Korean American family that moves to an Arkansas farm in search of their own American dream. Amidst the challenges of this new life in the strange and rugged Ozarks, they discover the undeniable resilience of family and what really makes a home. The films stars Steven Yeun, Han Ye-ri, Alan Kim, Noel Kate Cho, Youn Yuh-jung, and Will Patton.

We are so excited to have the opportunity to share this extremely important film with our BFF community. Minari tells a story by a filmmaker who grew up in Lincoln, AR himself that showcases love, hope, and determination that resonates universally. As a festival, it is our mission to uplift stories that are rarely seen in media, and this was one that was very close to home and to our hearts and can be enjoyed with the whole family.

Showtimes began on February 12, but it’s not too late; to purchase tickets  CLICK HERE!

*The film will stream once on days that are not sold out and will be available for 4 hours after listed time (until 8:00pm PST / 11:00pm EST).

Furthermore, a portion of sales made via this unique link will benefit the BFFoundation and inclusive storytellers.

Thank you to A24 and every one of you for all your support!