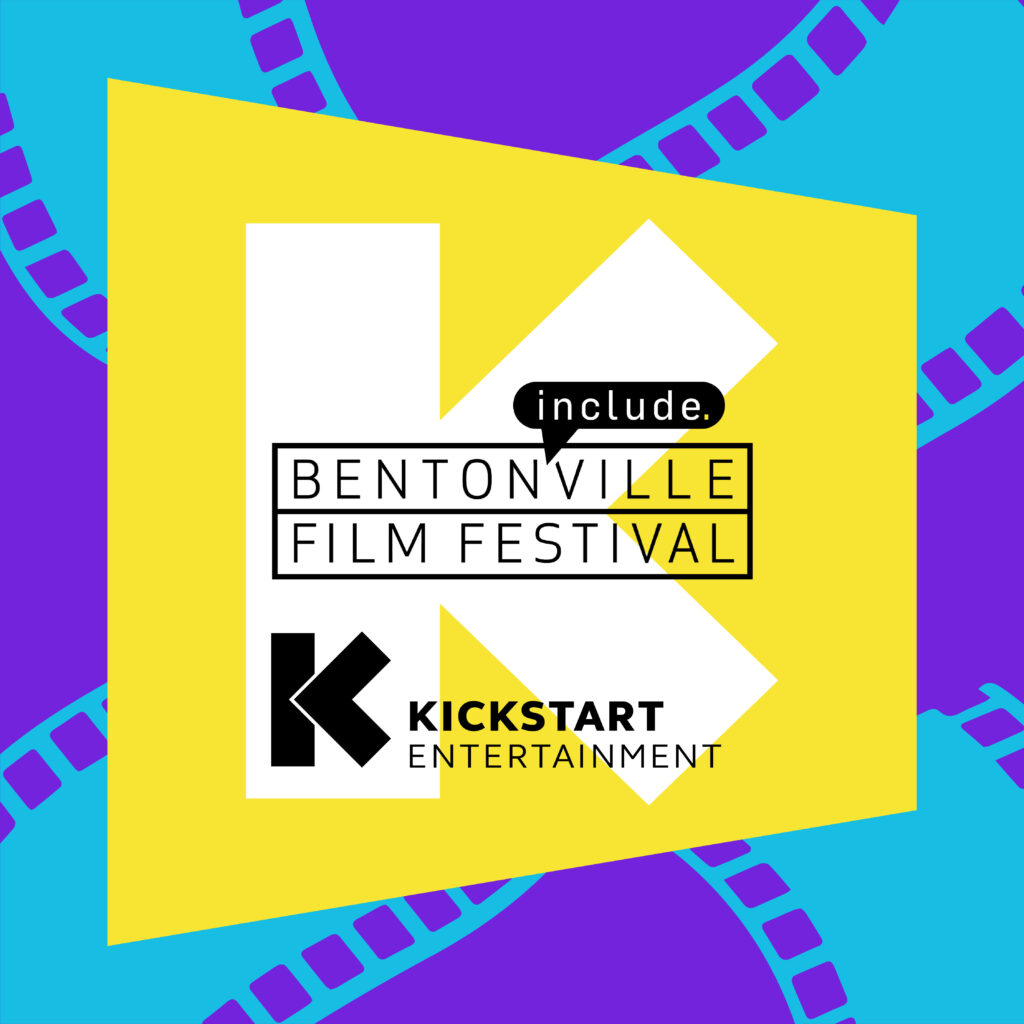 Since the inauguration of the Bentonville Film Festival, Kickstart Entertainment has been the producer and a supporter.

Founded in 1998, Kickstart Entertainment is a proven animation and live action production company with locations in Vancouver, Los Angeles, Hong Kong, China and most recently, Arkansas. Their belief in the power of collaboration shows in the way they work and the fun environment they have created where innovation and creativity thrive.

Kickstart’s team is just as passionate about and dedicated to creating a workplace that values inclusion, personal growth and community as much as their pride in their product. They are globally recognized as the go-to, fiercely talented team that creates outstanding content that captivates people and positively moves the world forward.

Similar to Kickstart’s priorities to not only hire and collaborate with diverse creative and team perspectives , but to produce inclusive content which directly aligns with BFF’s mission to champion content that is created by and for underrepresented communities.

Chaired by Academy Award winner, Geena Davis, and operated by BFFoundation, the Bentonville Film Festival (BFF) is an annual event focused on amplifying stories by and about female, non-binary, LGBTQIA+, BIPOC, API, and persons with disabilities’ voices in entertainment and media. With its primary research partner, The Geena Davis Institute on Gender in Media (GDIGM) BFF works year-round with its partners to provide opportunities, education, and year-round mentorship to support the production and distribution of inclusive content. BFF takes place annually in Bentonville, nestled in the progressive region of Northwest Arkansas where the arts and culture community has offerings for nearly every audience. With the growth of internationally recognized museums and other cultural amenities, the home of Walmart and other global companies, the region is becoming more competitive with American arts capitals. The region is equipped with biking trails, boutique and high-end hotels, world-class cuisine, and other unique amenities for a perfect festival experience for all audiences. BFF has seen over 80,000 attendees since its inception in 2015. Since 2020, BFF has offered a virtual platform at watch.bentonvillefilm.org attracting over 150,000 viewers globally during festival week.

Kickstart Entertainment has been the co-producer of the Bentonville Film Festival since its inaugural event in 2015. This year, the BFFoundation announced that through the partnership with Kickstart Entertainment, a new production arm called Bentonville Way Entertainment was created to provide continued artist support and resources to historically underrepresented communities in the form of financing and distribution. The production company will also offer local production resources like use of Bentonville Studios at The Farm, BWE’s soundstage. Bolstering BFFoundations’ footprint in the local creative economy, supported films will be produced in Arkansas whenever possible. The films are expected to go into production in late 2021 and early 2022.