Our Festival supports and celebrates Black Directors and Writers who have shared their work with us throughout the years. We want to give appreciation to every name mentioned for their contribution to the disproportionate industry that we stand together to improve. 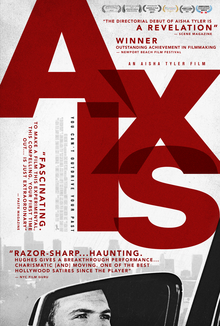 On the morning he is set to star in a career-changing blockbuster film, an Irish actor trying to live down his rocky past confronts a series of devastating events that threaten his sobriety. This drama and thriller is directed by the wonderfully talented Aisha Tyler, who also makes an appearance.

Based on the book with the same name, a tender tale of four boys who are rapidly coming to terms with school, bullies, friendship, and loyalty. Not to be limited by a poor upbringing, they tap their immense creativity and imagination to create The Order of the Red Dragon, a brotherhood of knights determined to fight injustice with justice. It’s terribly exciting, and life is one big adventure. But when fissures appear in the friendship, their adventure turns dark, and they are forced to face real-world dilemmas, and muster all they’ve got to save each other. Benji The Dove was directed & co-written by Kevin Arbouet, and features talent such as Gerald Jones III, Karen Pittman, Frances Turner, and Royce Johnson.

The film is not yet streaming, but you can watch the trailer and await its release here. 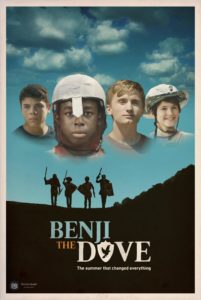 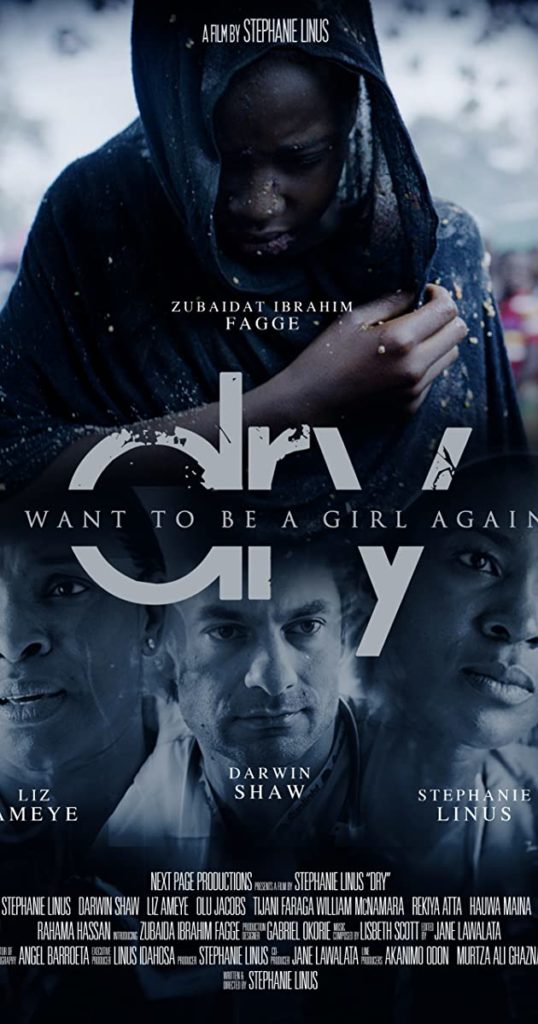 An inspiring true story of Zara, a successful doctor who lives in Wales, and Halima, a young 13 year old girl who is about to be wed in a rural part of Africa. However, as time goes on Halima develops a disease, which she gets shunned for by her community. Throughout her journey she is somewhat alone until her path collides with Zara. The day they meet their lives change forever.

Dry was directed, written, and produced by multi-talented Stephanie Linus, also featured in the film. Filmed in Nigeria, it portrays a diverse cast of people from across Africa.

You can watch the film here

An American volunteer begins teaching at a remote school in an Africa village, where he meets Tuigi: a 13-year-old girl who is to become a “Trokosi”. He tries to save her from this religious practice, in which she will be offered as a shrine slave to the gods. In spite of her fate, Tuigi’s only desire it to be able to write her GED. 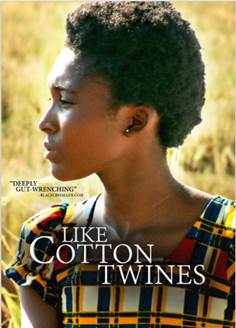 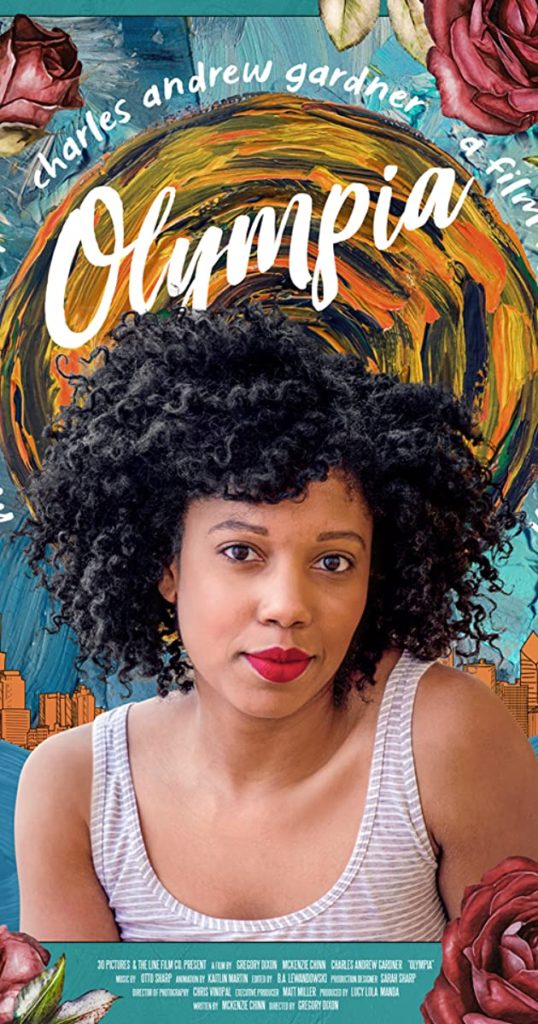 A struggling Chicago artist finds herself at a crossroads in life, overwhelmed by changes and needing to make a critical decision in her relationship.

You can watch the film here

In its meta-theatrical stylized bridging of the theater and the audience’s everyday experiences, Revival is a mixed media virtual experience of the gospel according to John the Apostle. The presentation of this timeless story is told by dramatizing supremely constructed gospel music that helps recount the mission, ministry and miracles of Jesus. It is a gospel, funk fantasia that speaks to all throughout the world; either as a film or as a live-action musical. Every element is designed to deliver a clear, comprehensive, and compelling entertainment experience-from the vibrant wardrobe to the irresistible music; from the craft of acting and the gift of song and dance.

This unique film was directed by Danny Green, and written by Harry Lennix and Holly Davis Carter. The list goes on and on for the incredible cast involved with this production, so to give credit where it is due, you can view on IMDB,  and watch the film here. 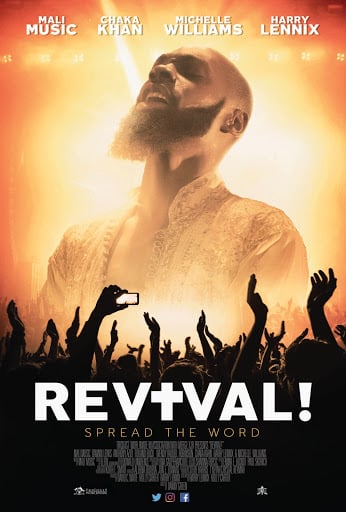 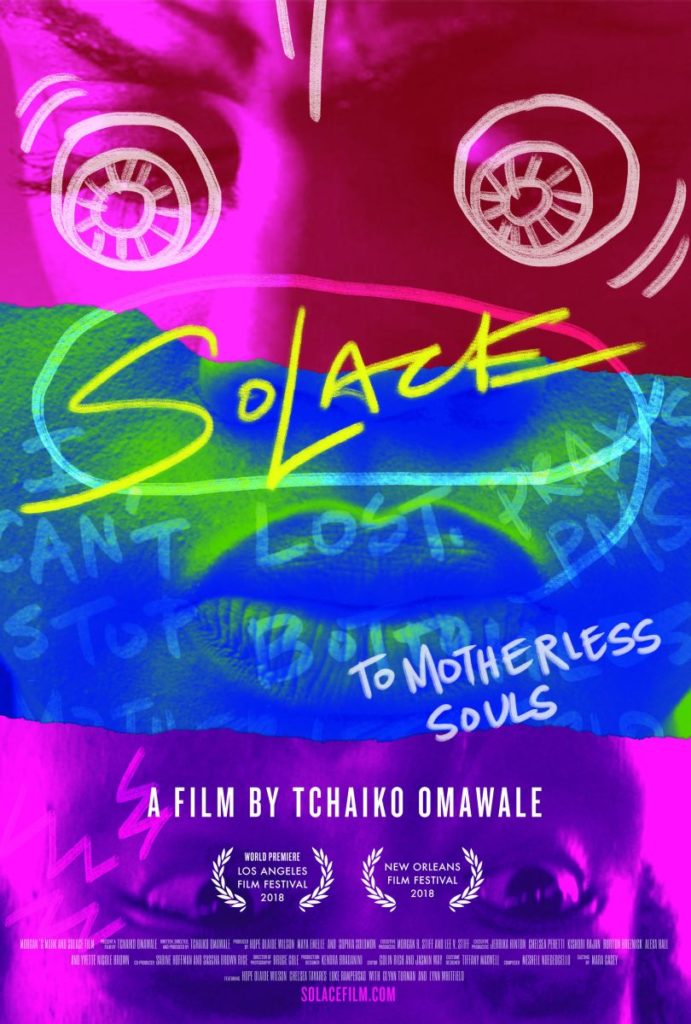 Following the death of her father, a 17-year-old girl is sent to live with her estranged family and finds comfort in a questionable friendship with a self-destructive neighbor, leading both on a startling path to self discovery.

Based on the novel, after a family tragedy, a young girl moves from New York with her younger brother to live with their great grandmother on a Virginia farm in the 1940’s and comes closer to understanding the land and roots that inspired her father’s writings while discovering herself, the love of family, and the power of truly believing.

Wish You Well  was directed by the brilliant Darnell Martin. 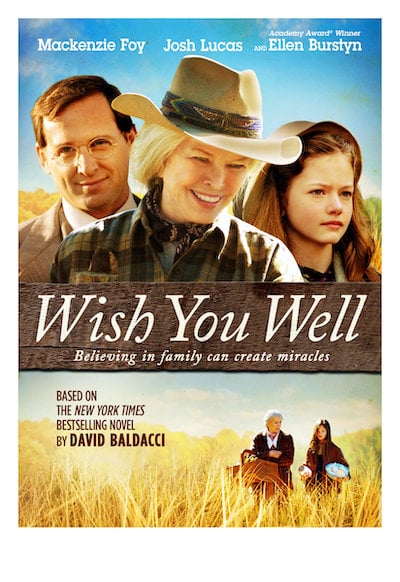 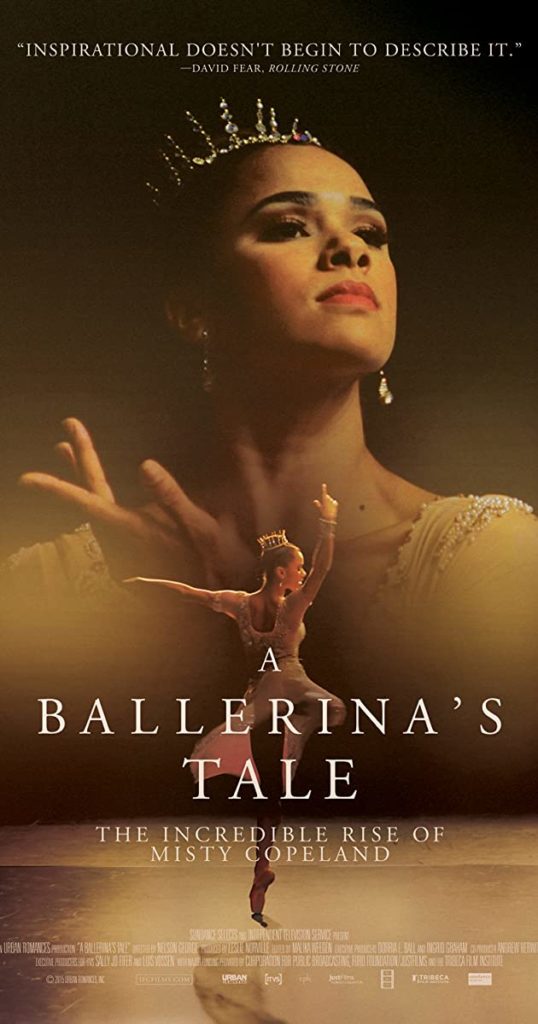 A feature documentary on African American ballerina Misty Copeland that examines her prodigious rise, her potentially career ending injury alongside themes of race and body image in the elite ballet world.

When 17-year-old Lennon Lacy is found hanging from a swing set in rural North Carolina in 2014, his mother’s search for justice and reconciliation begins while the trauma of more than a century of lynching African Americans bleeds into the present.

Claudia and Pierre Lacy, of course, participated as they stood in the name of justice for the death of their family; Lennon Lacy. The brutality against Black Americans that continues to derail this country must continue to be put in check. 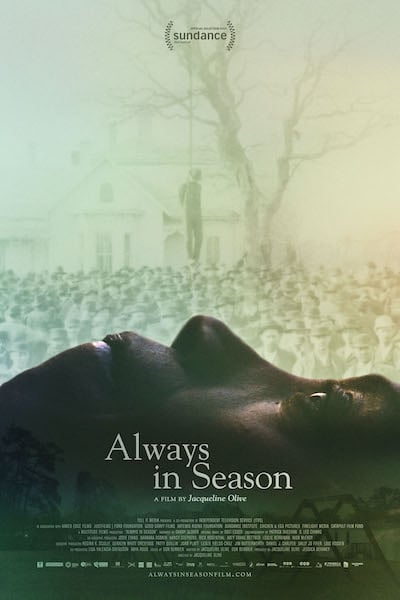 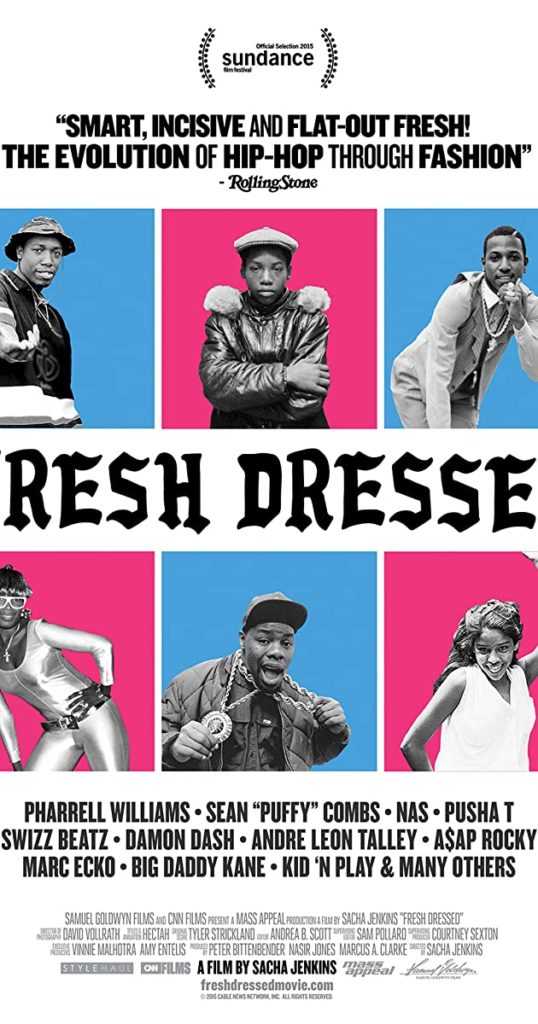 Fresh Dressed chronicles the history of Hip-Hop, Urban fashion, and their rise from Southern cotton plantations to the gangs of 1970s South Bronx, to corporate America, and everywhere in-between. Supported by rich archival materials, in depth interviews with individuals crucial to this evolution, and the outsiders who studied and admired them, Fresh Dressed goes to the core of where style was born on the black and brown sides of town.

This doc was directed and written by Sacha Jenkins. The interviewees consisted of Damon Dash, Daymond John, Karl Kan, Nas, and Pharrell Williams.

The story of iconic writer, poet, actress and activist Maya Angelou whose life intersected some of the most significant moments in the recent history of the United States of America.

Rita Coburn Whack directed this film, and features many interviewees such as Angelou’s son, Guy Johnson, and talent like Oprah Winfrey and Common. To read about all of the visionaries behind this influential biographical production, you can check out IMDB. You can watch the film here. 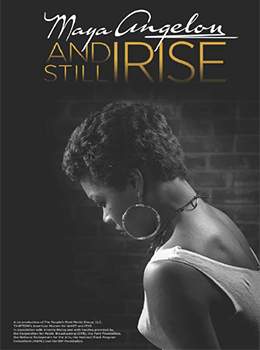 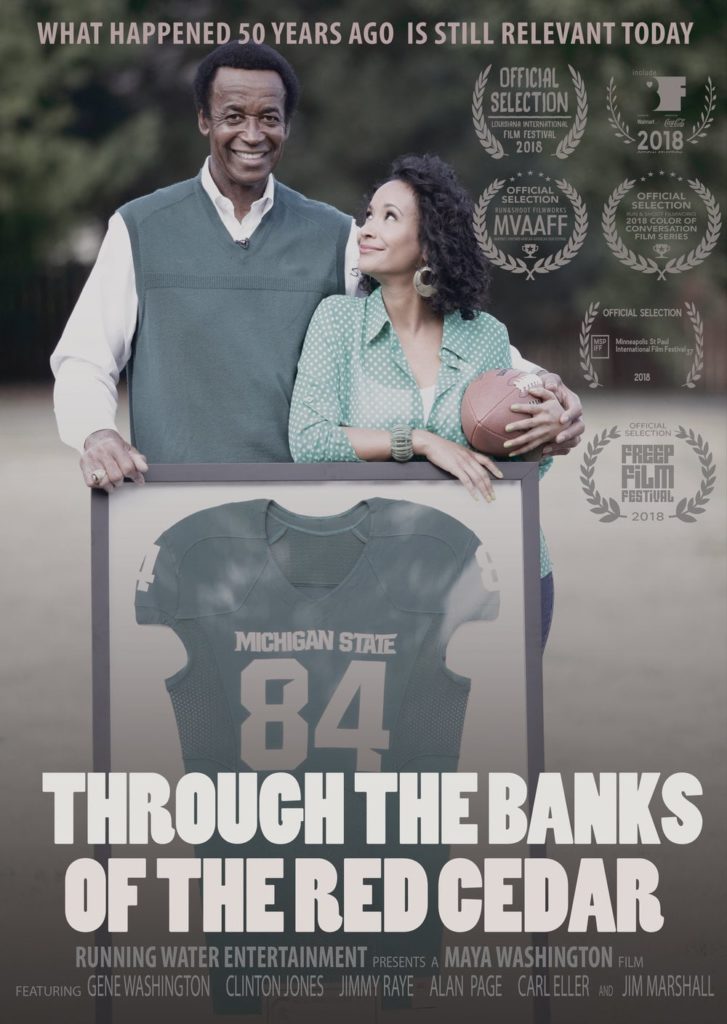 This historic account was directed and written by Maya Washington.

Unfortunately, the film is not yet streaming, but you can watch the trailer and watch exclusive content from the filmmaker here.

When Harvard PhD student Jennifer Brea is struck down at 28 by a fever that leaves her bedridden, doctors tell her it’s “all in her head.” Determined to live, she turns her camera on herself and her community, a hidden world of millions confined to their homes and bedrooms by ME, commonly called chronic fatigue syndrome.

Along with being the main subject of her film, Jennifer Brea directed, and co-wrote it with Kim Roberts. 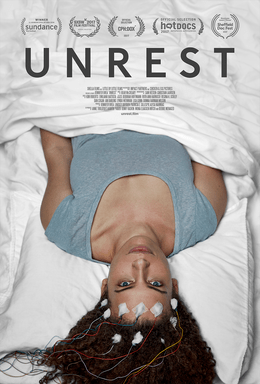 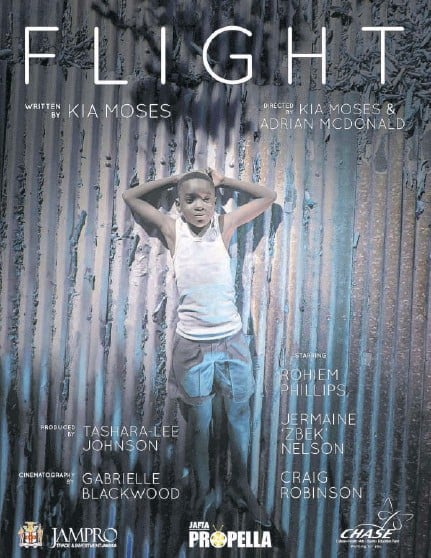 A Jamaican boy sets out on a dream, ten times his size, to fly to the moon, despite his circumstances and opposition from his father.

Six-year-old Avery explains her unique relationship with her twin brother Xander, who has been diagnosed with Autism Spectrum Disorder.

Unfortunately, the film is not yet streaming, but you can watch the trailer and await it’s release here. 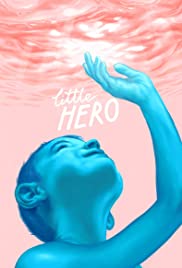 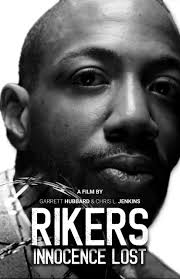 Rikers: Innocence Lost reveals the injustices of the money bail system, the human costs of mass incarceration and overcriminalization, and the lived experiences of those directly impacted by the incarceration at New York City’s principal jail. The film is done in honor of the memory and life of Kalief Browder’s mother, Venida Browder.

Garret Hubbard directed the film, and the story development was done by Chris L. Jenkins.

Three “woke” Black students from 2017 find themselves sitting at a lunch counter in 1960. Will they be served?

The Counter was directed by Tracy ‘Twinkie’ Byrd, and she also co-wrote the story with Ashley Jackson.

Unfortunately, the film is not yet streaming, but you can watch the trailer and read about it here. 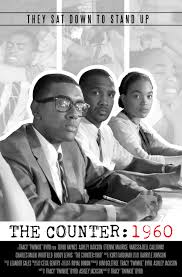 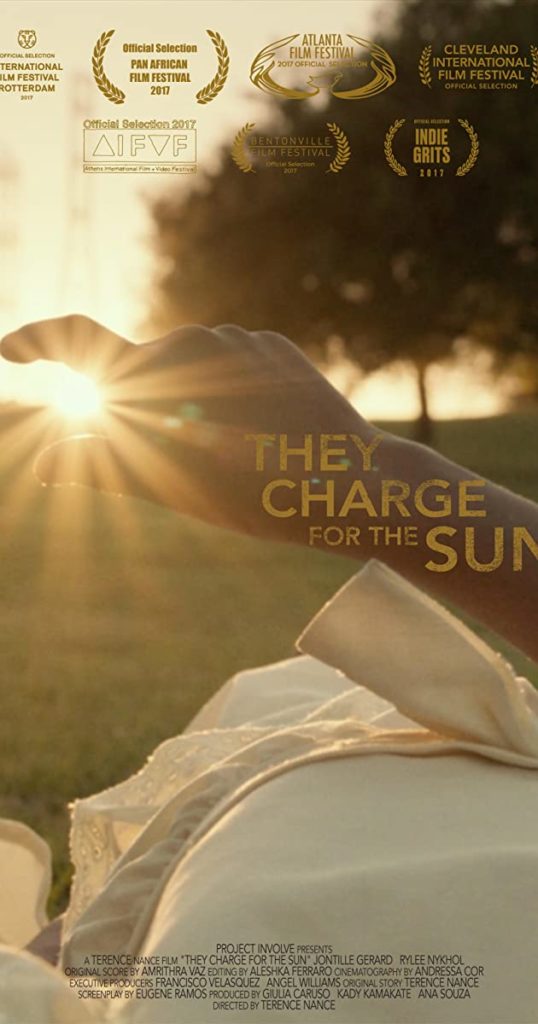 In a dystopian future where people live nocturnally to avoid the harmful rays of the sun, a young black girl unravels the lie that has kept her and her sister in the dark.

Unfortunately, the film is not yet streaming, but you can watch the trailer and await it’s release here.