Since the inception of the festival, we have always had the core mission to amplify the stories and voices of female, non-binary, LGBTQIA+, BIPOC, and persons with a disability in entertainment and media.

Through our year-round programming and alumni support, our initiatives are curated to create conversations that give platform to communities and stories often underrepresented on and off screen.

By continuing to amplify our mission regionally and globally, we hope to engage conversation and highlight the LGBTQIA+ community in a positive way for our audiences and partners. We will continue to support LGBTQIA+ artists on and off screen through our programs and initiatives, and now more than ever want our audiences to continue experiencing these stories at our festival and year-round events.

We hope you’ll join us for in person or virtually this month as we celebrate this special month. Happy Pride from the BFF Team! 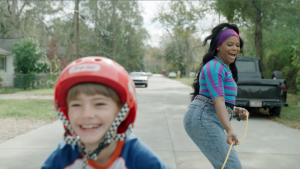 Gossamer Folds is a BFF 2020 Narrative Competition alumni drama film based in 1986, when a ten-year-old Tate is uprooted and unwillingly moved to the suburbs of Kansas City. As his parent’s marriage unravels, Tate finds solace in the unlikely friendships of his next-door neighbors: a retired college professor and his transgender daughter, Gossamer.

Following the screening dates, there will be a live Virtual Q&A with the filmmakers on Monday, June 21st at 6:00pm CST, Moderated by Carla Renata aka The Curvy Critic!

IN-PERSON SCREENINGS ARE BACK!!

Alongside the virtual screening of the film, we are super excited to announce our first COVID-safe in-person screening followed by a Q&A with the film director Lisa Donato!

All you need to do is register for the event with the code below and we will also be taking suggested donations if you would like to see more events like this! 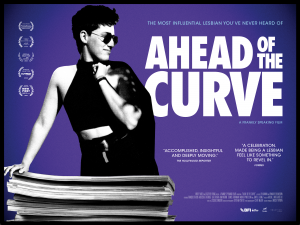 AHEAD OF THE CURVE

Ahead of the Curve is a BFF 2020 Documentary Competition alumni film. It follows Franco Stevens, who with a lucky run at the track and chutzpah for days, launched Curve, the best-selling lesbian magazine ever published. When Franco learns that Curve is failing, she turns to today’s queer activists to determine her path forward.

Following the screening dates, there will be a live Virtual Q&A with the filmmakers on Monday, June 28th at 6:00pm CST, moderated by BFF’s Director of Programming, Ashley Edwards! 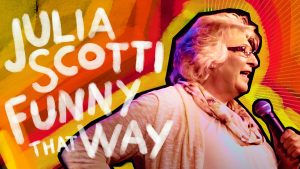 Julia Scotti: Funny That Way, which was featured at the 2020 Bentonville Film Festival, is now available to rent or buy on digital platforms (iTunes, Amazon and more), just in time for #Pride month! Decades ago, Julia Scotti performed as Rick Scotti, and appeared on bills with Jerry Seinfeld and Chris Rock. Now, the trans comedian returns to the stage as “the crazy old lady of comedy,” in this tender, funny, and triumphant comeback story. 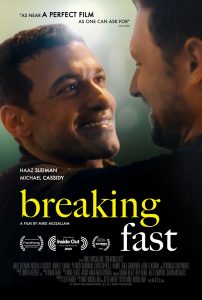 Breaking Fast, another BFF 2020 favorite, partnered with BFF in May 2020 in the Kickstart Inclusion Film Series where Kickstart Productions employees were able to screen the film a participate in a conversation with the filmmakers.

This romantic comedy is perfect for date night, with the family, or any day really! It’s definitely a must see, and you can watch it now on HULU with your subscription!

WATCH NOW WITH YOUR HULU SUBSCRIPTION! 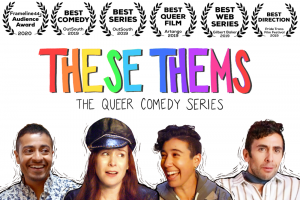 Last, but not nearly least – how could we forget one our 2020 BFF bests!

For your 2021 Emmy® consideration in the Short Form Comedy Series, Best Actor and Actress in a Short Form Series, Outfest Now proudly presents These Thems. This film festival favorite follows newly-out lesbian Gretchen (played by creator/writer Gretchen Wylder) as she navigates New York City’s queer community with the help of nonbinary heartthrob Vero (Vico Ortiz), who is determined to train the straights. Vero’s best friend Asher (Shaan Dasani) navigates the possibility of being out at work as trans while dating Kevin (Nick Park), a cis gay man who is looking for love and messing it up.

Directed by Jett Garrison and produced by Sophia Clark, These Thems worked with an entirely LGBTQ+, POC, and/or female-identified crew. These Thems has won six film festival awards, including the AT&T Audience Award at Frameline 2020. For more information on the cast and creative team, visit http://TheseThems.com.