October is the perfect time to have an encore screening of BFF 2020 Alumni film, Farewell. This suspenseful and thrilling horror, which received the Jury Award for Best First Feature, will be the very first Virtual Movie Monday following the Festival!

For the past two years, BFF Foundation and Visit Bentonville, with a monthly sponsor, support a screening at Skylight Cinema on the third Monday of each month following the Festival. Each screening brings back BFF Alumni to showcase their film and engage with community members in a Q&A.

However, this year, due to the pandemic, we will be moving forward virtually until screening in a theater or alternative location is permitted. We are continuing to ensure that everyone’s safety and health is of utmost importance, but don’t want to miss out on encoring some of our festival favorites!

During the 24 Hour screening, we will have a special Live Virtual Q&A at 6:30PM PST/8:30PM CST with the filmmakers. Please join us in kicking off Virtual Movie Mondays with K.D. and Chris Chalk on October 12th!

Get your tickets HERE! 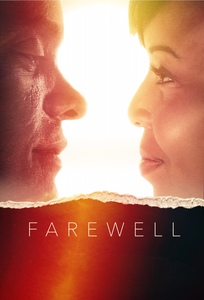 Grace Charles is overworked, under rested, and has accepted a new job that will take her and her doting husband, Chance overseas. They agree to spend their final night saying goodbye to their closest friends at an Anniversary Send-Off. Friendships shift as the day gives way to a night of revelations, infidelities and murder. What happens when a fight for friendships becomes a struggle for survival? Some farewells are forever. Grace’s fight for her friendships escalate into a fight for survival in this drama – turned thriller that finds friends trapped in a house full of liars on the last night of their lives. 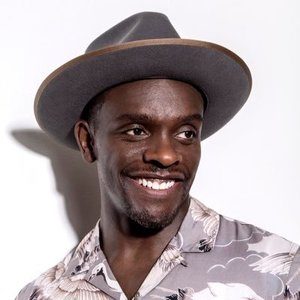 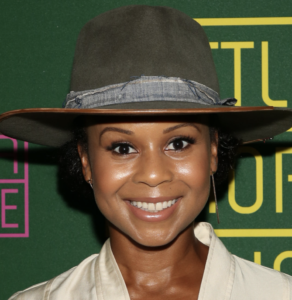 K.D. Chalk, the artist formerly known as Kimberley Dalton Mitchell is the winner of the ABFF NBC Universal Star Project. It’s her mission to create fearless feminist comedy. K.D.’s first sketch comedy web series, “FabulousnessNess with Clea + Jordan”, reached over 30,000 views in the first month while competing as finalists in the Funny or Die Make’em LAFF (Los Angeles Film Festival) competition. K.D.’s 2nd short film, The Openers, won best short in Broad humor festival and featured in Cannes Festival Short Film Corner. The Openers, is an all improvisational mockumentary that chronicles the hilarious journey three stand-up comedians take as they produce their very own HBO style stand-up special in their living room. Farewell, is K.D.’s first feature film as a producer and actor.

“Our Mission statement with Golden Concorde is to serve the underserved communities in film, television, radio and literature. I believe that if underserved communities have representation then what we define as normal has a more expanded definition. Often when someone is Black, Indigenous, a Person of Color, and or Queer this is what defines them in film. I believe that is a great first step in representation. We strive to expand on that step whenever possible. Being inspired by our own diverse group of friends, we set out and succeeded in making a film that represents and tells a story with a diverse group without it being about their diversity. Farewell tells the story of a group of friends coming together and they all happen to be members of underserved communities in front of the camera and behind. We do not cast or hire this way because of quota or for outside approval we do so because it is what we believe in and it reflects the stories that matter to us.”