Bentonville Film Festival supports and celebrates Latinx artists who shared their work with us through our Competition Film Program. We want to give appreciation to every name mentioned, along with all of the Latinx artists who attended BFF in past years, for their contribution to advance Latinx representation and stories in all media. Check out this list from our 2020 Official Selections and where you can watch these amazing films and episodics! 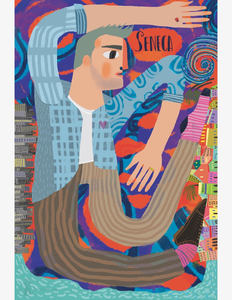 David Seneca is a Puerto Rican actor in New York City who has been struggling for years to make his acting career a success. His millennial protégé takes the acting world by storm while David teaches accent reduction classes to foreign business executives. On top of his home life being on the rocks, David is dealing with his homeland of Puerto Rico going through its worst moment in recent history after the passing of Hurricane Maria. Meanwhile, due to an altercation, David unwittingly becomes a viral internet sensation, and not the good kind. He is kicked out of his home, and he slowly starts picking up the pieces of his life to make himself whole again. Seneca is a funny, wistful, heartfelt story about aspirations, colonialism, and being an adult in the 21st century.

Armando Riesco is a versatile and highly regarded NYC based actor with credits in film, TV, and the stage. He graduated from Northwestern University and works consistently in multiple genres with some of the best directors in the business including Spike Lee, Oliver Stone, Steven Soderbergh, and many others. As a director, writer, and producer, his 1st short “Remember” was an official selection at LA Shorts, HBO NYLFFl, LALIFF, and the Soho Film Festival. His 1st feature film “Seneca”, which he also stars in, has won awards at the HBO Latino Film Festival, Woodstock Film Festival, Film Fest Tucson, and Tide Film Festival.

Available to stream on HBO and HBO MAX. 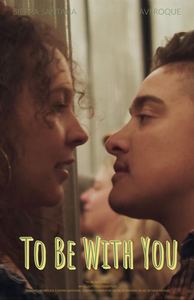 To Be With You

Alex is in Los Angeles for 24 hours to reclaim their father’s ashes. Along the way, Alex finds an old love, a beauty in the city, and a final connection to the past.

Elliott Feliciano is a trans Puerto Rican screenwriter and director currently located in Los Angeles. Elliott hails from East Chicago, IN, where he spent countless summers creating improv video content at a young age. While studying Creative Writing at the University of Central Florida, Elliott developed a passion for screenwriting and creating stories within the Latinx community. Elliott has written short horror films for CryptTV. His short film To Be With You is an official selection at the 2019 OutFest Los Angeles LGBTQ Film Festival and 2019 CineArte Film and art Festival. Elliott’s goal is to create and develop more inclusive projects that have LGBTQ+, POC, and females both in front of and behind the camera. 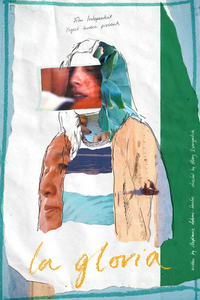 In the days following her suicide attempt, a queer lovelorn teen finds connection and solace with her Abuela through the secret language of dreams.

Stephanie Adams-Santos is a Guatemalan-American writer whose work spans poetry, prose, screenwriting, and other swampy, hybrid forms. Her work is rooted in the crossroads of ritual, ancestry, and environment — with a penchant for the queer and uncanny. Stephanie’s full-length poetry collection, Swarm Queen’s Crown (Fathom Books) was a finalist for the Lambda Literary Awards, which celebrates excellence in LGBTQ voices. She is also the author of Total Memory (Finishing Line Press), and The Sundering (Poetry Society of America), selected for a New York Chapbook Fellowship. Stephanie tends to an occasional personal press called Ojo de la Selva. Her work has been generously supported by fellowships and grants from Oregon Literary Arts, Vermont Studio Center, Film Independent, Regional Arts and Culture Council and Oregon Arts Commission. Stephanie was a 2019 Project Involve Screenwriting Fellow and recipient of a 2019 Chaz Ebert Fellowship. She was recently a Staff Writer on the second season of Two Sentence Horror Stories, coming soon to the CW. Her produced short script “La Gloria”, a queer intergenerational story about family and unrequited love, is currently screening at festivals internationally. 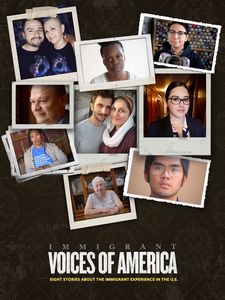 Cristel is on the verge of becoming an immigration attorney as she hopes to represent unaccompanied minors in immigration court. These minors remind her of her youth as she too ventured from Honduras to the US as a nine-year-old.

Immigrant Voices of America is an eight-episode documentary-series sharing the immigrant experience in the United States of America. Each episode highlights a different immigrant group and the challenges they face with their immigration status. Each story showcases the hardships, triumphs, and aspirations of these brave men and women as they strive to achieve a better life in the US.

Miguel Angel Duran is a film director, writer, and editor. For over fifteen years, he has created dozens of video projects ranging from short commercials to feature-length documentaries. Miguel has worked with Fortune 500 companies like Apple, NBC, Disney and Johnny Rockets. Since the age of fifteen, his work has been shown both domestically and internationally. From profiling Latino artists like Sara Sandoval to documenting the Farmworker Movement led by Cesar Chavez and Dolores Huerta. Miguel has made it his mission to tell stories from the Latino perspective. Miguel has also shared his knowledge of filmmaking with the public. He’s participated in education and filmmaking panels across the U.S., taught filmmaking workshops in Boston and documentary filmmaking courses at Cal State University Northridge. 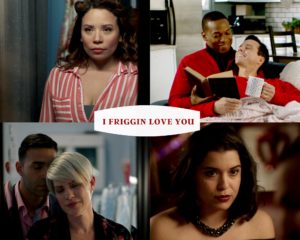 I Friggin Love You

A short-form content series about Love told through a diverse lens.

Fanny Grande (Formerly Fanny Véliz) is a Venezuelan-American award-winning filmmaker, actor, and director with more than 20 years experience in the entertainment business. Grande, who was born in the US, grew up in Venezuela performing from a very young age. She returned to the States to attend college, she quickly realized that roles available for her and other Latinos were very limited and often portrayed negative stereotypes. So she decided to start creating her own content while in College. A three-time Imagen Award nominee, she has received several recognitions for her work both in front and behind the camera. Her films focus on creating content that celebrates diversity and her main goal is to transform the way Latinos are portrayed in the media. 4 years ago she co-founded Avenida Productions with her husband Nelson Grande. Avenida is a consulting and production firm that specializes in empowering independent media content creators with a focus in diversity. To date Avenida has helped raise millions of dollars via crowdfunding for over 150 media projects. www.Avenida.tv. She served as a vice chair of Nosotros for 3 years. Nosotros is the oldest Latino Non-Profit in the entertainment business and it was founded by Ricardo Montalban. She currently has one feature documentary film in post-production that she directed and produced about DACA called My DACA Life and her feature documentary called Our Quinceañera, recently won the audience awards at the Bentonville Film Festival. She’s also in post-production on a web series called I Friggin Love You that will be released in February. 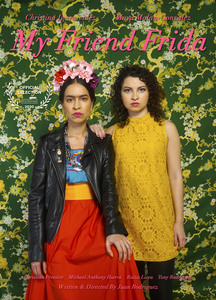 In the web-series, “My Friend Frida,” a millennial Frida Kahlo tries to navigate life and all it’s modern social norms.

Juan Rodriguez was born and raised in South Central Los Angeles. He is a US Navy Veteran and has worked in Film and TV for several years. He is most known for the web-series “Hey Vato,” which he co-created. Rodriguez is currently producing a documentary on the iconic “East Side Story” oldies albums and has produced a number of short films. His first live action short film, “The Ranfla,” which he wrote and directed, just ended it’s film festival run. Rodriguez has several film and digital projects in development. His latest project is a web-series titled “My Friend Frida.” The project reimagines Frida Kahlo as a millennial living in the modern world.